Azhar — high point of Modi’s foreign policy, at what cost? 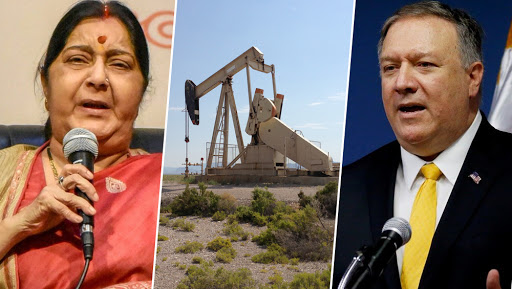 The collaring of Azhar Masood is being hailed as the high point of its foreign policy by the Modi government. Masood is small change for the US and China. Delhi’s endowing the mere UN labeling of this man as ‘global terrorist’ and sanctioning of his outfit —  Jaish-e-Mohammad (JeM), with needlessly high diplomatic value, however, has allowed the transactional-minded Trump Administration and the Xi regime to get a lot out of the Modi dispensation for little.  Who can resist such one-sided deals?

It reflects, as I detail in my book ‘Staggering Forward: Narendra Modi and India’s Global Ambition’, the working of a small mind for small stake in a small game, and permitting  the US and China to advance their agendas at India’s expense. Newsreports describe the tradeoffs negotiated by the Modi regime thus: Washington helps push the Masood issue and expects India will fall in line and cut off oil imports from Iran. The external affairs minister Sushma Swaraj calls US Defence Secretary Mike Pompeo and asks that India be given more time to find alternative sources for the 10% of its energy requirements (or 23.5 million tonnes of oil) met by Iran, Pompeo says nothing doing. Indeed, US officials point to the quid pro quo of Azhar bashing in return for an Indian cutoff of Iranian oil.

Likewise, the exchange is that for Beijing’s removing its technical hold on the terrorist label for Masood India would hold off saying anything bad about the Chinese Belt and Road Initiative (BRI) even as a 2nd BRI summit of reps from some 150 countries was underway. The trouble here is that while this is a one-off exchange, Beijing may arm twist MEA into making India’s silence a permanent thing, which would be disastrous, because India’s opposition to BRI is a rallying point for a rethink in the region about the costs and consequences, especially in light of the Sri Lankan port of Humbantota passing into Chinese hands, of succumbing to the lure of the easy yuan infrastructure credit and falling headlong into a well-laid debt trap or surrendering strategic territory and assets. In fact, states such as Myanmar, Malayasia, Indonesia, Maldives, et al, that had previously jumped on the BRI bandwagon, are using Indian resistance to BRI as a shield to pullback on their commitments, with some countries (such as Ethiopia) even handing over BRI projects to Indian companies to run as economy measures!

Between Indian ambassadors in the US and the West and whole sections in MEA pushing Trump’s line and an equally powerful raft of China friendlies — Indian Foreign Service stalwarts in service and retired but scheming from the sidelines, and Indian PM Modi who doesn’t seem to understand, even less appreciate, just how leaning towards America or towards China undermines India’s standing and hurts its prospects as great power, blithely extols his supposedly intimate personal ties with Trump and the so-called ‘Wuhan spirit’ with Xi Jinping in striking compromises with the US and Chinese governments, ends up driving India’s national interest into the ground. And all for the dubious success of, and distinctly small returns in, branding Azhar an international terrorist and discomfiting Pakistan, which changes the situation on the ground not a whit. The Pakistan army’s ISI will continue nursing the same terrorists gangs under a different guise, and helping them to sustain their activity in J&K.

But it will hugely complicate, as this analyst has been warning for years, our relations with Tehran and the great oil deal India has been benefiting from for years. Which other oil supplier will provide terms that Iran does of deferred payment, barter arrangements to pay for oil in kind, and free shipping? And what will happen to India’s ambitious strategic plans for developing Chabahar, the Iranian port, as India’s economic gateway to landlocked Afghanistan and the Central Asian Republics,  and as foundation for a strategic approach to outflank China (and Pakistan) both on land and sea? Perhaps, these objectives don’t count any more.

The irony is this: The US will ultimately cut a deal with Iran and will have no qualms about making its allies (Japan, South Korea, Taiwan) and economic partners (China, India) who rely on Iranian oil stranded, suffer the sting of US sanctions for continued offtake of Iranian oil, while also pressuring the more weak-willed among them, such as India, to zero out their oil imports, which of course, will seed anger  for India and Indians in Tehran, and waste away the store of goodwill India has collected over the years, and motivate Tehran to chip away at India’s foothold in Chabahar with a spate of restrictions, even as the more strongwilled China who, in the final analysis, will cock a snook at Washington than give up Iranian oil, will be rewarded with greater  opportunity to make inroads in Iran by boosting its economic and other presence there. Nice going, Mr Modi.

2 Responses to Azhar — high point of Modi’s foreign policy, at what cost?