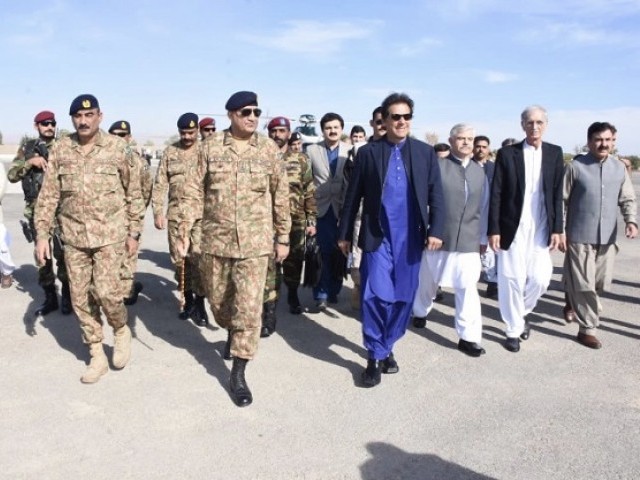 The over-the-top public breast-beating with everybody a jingo demanding telling retribution for the Pulwama terrorist suicide attack has forced a, national security-wise, disinterested political class to hyper-ventilate. In this situation, there’s the ready danger of a government’s response decision, prompted by the media-driven frenzy and hysteria, being very, very wrong. With general elections in sight, moreover, the  government is more interested in impacting public consciousness than embark on a well thought-out punitive strategy, which’s all the more reason that cool heads prevail in the South Block and the Prime Minister calmly tones down the rhetoric, while instructing his cabinet colleagues and BJP minions to do the same. This won’t happen of course because, as is virtually an Indian norm in crisis, political leaders without a clue about what sensibly to do, spout blood in their speeches and fire up the public anger still more. The danger of the government being led by the nose by public sentiment is nigh and results in fiasco.

Recall the immediate aftermath of the hijacking of Indian Airlines flight IC 814 to Kandahar on 24 December 1999, when families of passengers on board sat on dharna on the pavement across from the Race Course Road prime ministerial complex with TV cameras airing in endless loops heart-rending scenes of mothers, wives and children hollering for PM Atal Bihari Vajpayee to give into the terrorists’ demand and save their kin which, minute by minute, hour by hour, eroded the first BJP regime’s resolve to halt the Jaish terrorists in their tracks by preventing the plane captured by them from taking off from Amritsar for Dubai. Had Vajpayee steeled his heart and decided that he’d not be swayed by public cries but by national interest, the 176 passengers in the Airbus A 300 may have died but the message would have gone out strong and clear to all terrorist quarters that they wouldn’t enjoy easy victories by aiming at soft targets. Instead, the farce at the Amritsar airport was played out when the aircraft was refueled and flew out of Indian air space and the situation got out of India’s control. At the mercy of the Taliban government, the Indian government had to eat crow on the bare airfield in Kandahar as external affairs minister Jaswant Singh handed over known terrorist kingpins — Maulana Masood Azhar, Mushtaq Ahmed Zagar, and Omar Saeed Sheikh until then in Indian jails. The precedent, however, was established exactly a decade earlier, in December 1989, with the kidnapping of Rubaiya Sayeed by members of the Jammu Kashmir Liberation Front, who demanded the freeing of 13 militants for the release of the daughter of the then Union Home Minister in Prim Minister VP Singh’s coalition government cabinet, Mufti Mohammed Sayeed, and sister of the erstwhile Chief Minister Mehbooba Mufti. The Indian government complied with the terrorists’ demand, and the  exchange went through despite being opposed, to his credit, by the then J&K Chief Minister Farooq Abdullah.

Blood counted for Mufti Sayeed more than national interest. Vajpayee in the Kandahar episode extended that principle democratically to mean that thereafter any terrorist outfit holding Indians hostage would also hold the Indian nation hostage to its whims. The terrorism problem in J&K has been out of a reactive-passive India’s control ever since.  Over subsequent years, heinous strikes against army, paramil and police personnel in Srinagar Valley was escalated by the Pakistan ISI-sponsored terrorist gangs to attacks on Parliament in 1999 and, nine years later, the 26/11 sea-borne strike on Mumbai. And still Delhi was not stirred from its lassitude to think up and articulate a long term strategy to deal with the terrorist scourge, to lay down a protocol and SOPs and train all agencies in following them once a terrorist action is underway. The Indian government time and again settled instead for passion-rousing rhetoric, public cries for vengeance to match the people’s mood, followed by some slapdash response or the other. In recent times,  thunderous threats of “surgical strikes”, etc. are regularly mouthed, leaving the IS to meticulously plan the next incident to spring on India.

Post-Pulwama, an infinitely more serious, even reckless reaction was voiced by the only hard performing minister in Modi’s cabinet who is his also own man, perhaps, because of his direct access to RSS HQ in Nagpur, the Road Transport and Water Resources Minister Nitin Gadkari. Addressing a public rally in IP yesterday he said, “When India and Pakistan were divided, three rivers were given to Pakistan and three to India. However, India continuously gave the river water supply to Pakistan, but now we will use that river water supply to nurture the Yamuna river through the Yamuna project.” Hr elaborated that view in another political rally today to inaugurate numerous water projects in Uttar Pradesh.  “Our government has decided”, he informed the country, “to stop our share of water which used to flow to Pakistan. We will divert water from eastern rivers and supply it to our people in Jammu and Kashmir, and Punjab.” He added: “Three of our rivers have been flowing into Pakistan. So water which we rightfully owned was going into Pakistan. …Construction of dam has started at Shahpur-Kandi on Ravi river. Ujh project will store our share of water for use in Jammu and Kashmir and balance water will flow from second Ravi-Beas link to provide water to other basin states. Above projects are declared as national projects.”

Throttling Pakistan by denying it water under the 1960 Indus Waters Treaty has been recommended by some as a heavy-punch strategy to visibly impose a devastating economic cost on Pakistan for persisting with its hugely successful policy of waging asymmetric war using willing Kashmiri proxies. Because no clarification has been issued by Prime Minister Modi, PMO or MEA, one supposes this is one of the two prongs of strategy the Indian government will now implement. The other prong being a military response at a time of the Indian army’s choosing. This last is an excellent ploy to keep Islamabad guessing and on tenterhooks, unleashing a destructive strike when Pakistan forces relax — because they can’t remain on alert forever.

If the diversion, in effect, of the waters of the Sutlej, Ravi, and Beas Rivers designated by the Treaty for India’s use that Gadkari  has promised is indeed state policy then there should really have been  much greater debate and cogitation within government circles about its regional and international ramifications than has evidently occurred to-date. Has the MEA informed PMO about what this significant step means? Under international law, for a lower riparine country to be denied its legitimate portion of shared river waters can be casus belli — cause for war. Fine, the onus will be on Pakistan to start one, and it is in no position to do so. The trouble is a war for such an elemental reason could quickly spiral into a war of annihilation unlike all the previous relatively harmless wars of maneuver that, I have argued in my books, India and Pakistan have engaged in since 1947. Because, let’s be clear, damming and diverting the Indus River tributary waters is a matter of life and death for Pakistan. It is the brahamastra — not nuclear weapons — that can, quite literally, turn much of Pakistani Punjab and upper Sindh, in no more than 30 years, into an arid extension of the Thar Desert.

Yes, emotions are running high and rational thinking is apparently another casualty. But the Modi government has to really THINK, strategically weigh the ill-effects that may follow in its train. The first thing to weigh is whether junking the Indus Waters Treaty is anywhere a proportionate response to the Pulwama provocation. Proportionality — whether anybody likes it or not — is an established central tenet of international law of war.

Secondly, and it is this consequence that I have harped on in my writings, it will immediately gift China the justification for pell-mell damming and diversion of all rivers originating in the Tibetan Plateau — the Tsang-po (Brahmapurtra River) as also the Indus. Beijing has been more hesitant in building upstream facilities to siphon of water from the Indus than it has been in paying ducks and drakes with the Brahamaputra waters because its all-weather friend, Pakistan, is at the lower end of this River. Assuming Pakistan cannot and will not initiate a suicidal all-out war to settle the water issue for once and for all, how long does the Indian government reckon it will be before Beijing, citing the Indian precedent on the Sutlej, Ravi and Beas, orders huge construction projects to redirect the precious Indus waters in Tibet itself and away from its natural pattern of flow south of the Tibetan watershed and into the subcontinent? Because then the Pakistan reason for caution will go missing.

What then? What case will Delhi make to mobilize international opinion against the Chinese action? As it is, Delhi has not anything other than squawk ineffectually about the Chinese civil works and dams at the great bend obstructing the Brahmaputra.  India will find itself squarely in Pakistan’s position of being unable to prevent diversion but also incapable of militarily taking on a far superior China. It is this aspect of Indus waters diversion that Delhi has to be most wary of. But then Indians have always been tactical minded, not strategically oriented.

(No need to go back to Prithviraj Chauhan, the various Battles of Panipat, et al — the upcoming Cricket World Cup will do! There are calls, for instance, to not play Pakistan — the biggest draw in the upcoming championship rounds, when doing so may cost India the chance of winning the World Cup — with Virat Kohli’s team rated as one of the two top teams in the game. So, we are prepared to forfeit matches, concede Pakistan 2 or even 4 points, and even help it get to the Finals for such small change of emotional satisfaction as can be extracted from this self-abnegating gesture.)

And India will once again end up paying the greater price. Talk of cutting off one’s nose to spite someone else’s face!!