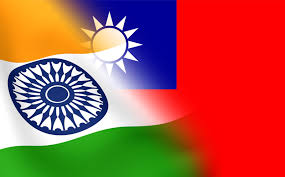 A piece of American street wisdom says “to deter a bully on the block, punch him in the mouth.”

There are two ways of hitting Beijng in the face with tremendous effect — pass on the most lethal strategic hardware to Vietnam and any other country on China’s border that wants it, and build up relations with Taiwan. By arming a feisty bantam weight Hanoi to sock it to a heavy weight — a strategy China has used against India by  nuclear missile arming Pakistan and, in parallel, by stoking warmth in what to-date has been a hesitant stance adopted by Delhi  vis-a-vi Taiwan, India will put in place the one-two punch in the region China will learn to dread.

Ah, yes, but when has any Indian government — BJP or Congress — shown that kind  of grit and “don’t mess with India”-attitude when dealing with China, or displayed the intent to do Beijing real harm in order to bring the Yellow Emperor of the day, presently Xi Jinping, in line? All that blood-rushing fighting spirit is summoned only where Pakistan is concerned — a country that has never posed a a danger and cannot be a credible threat no matter how hard it tries. But belabouring Pakistan makes all the weak willed, non-strategic minded politicians and officials in and of government and, by extension, the people at-large, feel satisfied even as it exacerbates the Hindu-Muslim divide in the country, a political risk the political class and vested interests are willing to run.

Did India ever issue the sort of public demarche China has done? Did it ever warn Beijing to refrain from building up Pakistan’s nuclear weapons and missile muscle, or  the United States from turning a Nelson’s eye to Beijing’s nuclear missile proliferation activity as counseled by Dengxiaoping? Or, in recent years when China has been bolstering Pakistan’s weapons manufacturing capacity? And does anybody believe that Beijing or Washington  would give a fig about India’s complaints? No. So shouldn’t China’s warning be consigned to the waste paper basket?

What is necessary now is to twist the Taiwan knife in China’s belly. Beijing for the first time has shown signs of real fear, with its foreign ministry spokesperson warning about rupture in diplomatic relations with countries onpassing to Taipei submarine related technologies. Taiwanese papers have noted that an Indian naval team experienced in submarine diesel power plant has visited with the Taiwan submarine project as have Mitsubishi technologists experienced in working on the Harushio-class submarine for the Japanese navy. The US too is providing some ancillary technologies.

The Chinese unease is palpable because once the Taiwanese diesel-electric attack submarine fructifies, it will endanger the Chinese Navy’s ambitious plans for dominating the seaboard on the East Sea, and all the capital ships China is churning out in huge numbers  from its shipbuilding complexes  in Shanghai, Harbin, etc  will be nice juicy targets. Should the oceanic approaches become hostile, China’s trade routes become vulnerable and the Chinese economy potentially hostage to Taiwan’s submarine-led offensives. China will then stop showering threats like confetti.

It is unlikely Tokyo will be deterred from continuing with its assistance program, or will  terminate its submersible tech-transactions. It is India, however, that may heed China’s call to cease and desist, considering that Prime Minister  Narendra Modi and his MEA make much of the so-called “Wuhan spirit”, which is another way of saying that the BJP regime, like its gutless predecessors, seems more inclined to be in Xi’s good books than to strategically hinder and hamstring China which is in India’s national security interest to do. This when not a day passes without some news, information, or tidbit about Chinese strategic and conventional military help and assistance to Pakistan and its aggressive forays in other adjoining states.

An Indian government with the strategic wit and gumption would make neutral noises but keep transferring technical know-how for anything Taipei expresses interest in, because let there be no doubt that Taiwan is Beijing’s diplomatic jugular. My last book ‘Why India is Not a Great Power (Yet)’ detailed the extent of India’s cyber cooperation with Taipei, and Taiwan’s role in building up a Chinese language fluent Military Intelligence cadre of officers, and how a fully mapped Chinese cyber grid that Taiwanese military Intel has penetrated is on offer in exchange for things Taiwan would like India to do, among which, of course, is recognizing its sovereignty.

Knowledge of the Chinese cyber grid will indicate the chinks in it that Indian cyber attack programmers can exploit. This is no small advantage in hybrid war in which China seeks to knock off Indian financial networks and power and communications grids as a first step in hostilities.  Diplomatically recognizing Taiwan is a final card to play against Beijing, short of which can be established a two-way traffic of military technologies with India offering, in the main, submarine, Brahmos cruise missile, and nuclear weapons technologies — this last particularly important because Taipei’s nuclear weapons capability forcibly shutdown by the US in 1988, needs a little time to get up to speed.

There’s so much India can do to punch China in its solar plexus and so little that has actually been done, especially with respect to Taiwan, which gets my goat.  India’s ties with Taiwan are now like its relations with Israel were prior to 1992, mostly undercover. It was a relationship that Israeli leaders famously described as one involving a courtesan, a description that Taiwanese Presidents  may well echo.  In fact, the nearest India came to interacting formally with the Taiwanese head of state was during President  Ma Ying-jeou’s “surprise stopover” in Mumbai on his way to some African countries in April 2012.

Indeed the current Taiwan President Tsai Ing-wen was reportedly upset that Delhi which had promised to send an Indian delegation of several Members of Parliaments to her inauguration on May 20, 2016, permitted only a junior BJP leader Vijay Jolly to represent India on that occasion — a development passed off by MEA as a bureaucratic snafu when, actually, the Modi dispensation was afraid about how President Pranab Mukherjee on a state visit scheduled for May 24 would be received  in Beijing. According to Taiwan’s Foreign Ministry, 700 representatives from 59 countries, including 39 countries with which Taiwan has no formal diplomatic ties such as India, Japan and the US, attended the event.

In fact, in her inaugural address, Tsai outlined what she called Taiwan’s “New Southbound Policy” as a central component of her national development strategy and involved deepening agricultural, business, cultural, education, trade and tourism links with ASEAN, Australia and New Zealand and specifically mentioned expanding the “dynamic relationship” with India. The Taiwan apple is low hanging fruit that Modi better pluck soon, or see it wasted as has happened with so many other strategic opportunities.

The greatest debility of Indian foreign and military policy conducted mostly by bureaucrats or incrementalism-minded prime ministers is its risk averse, almost cowardly, nature — the reason why more spirited small countries, such as Pakistan, with the gall to stand up to bullying big powers, win respect worldwide and so easily score over India.