“Some Home Truths” — my response to Ravi Joshi’s review of my book, published in Open magazine 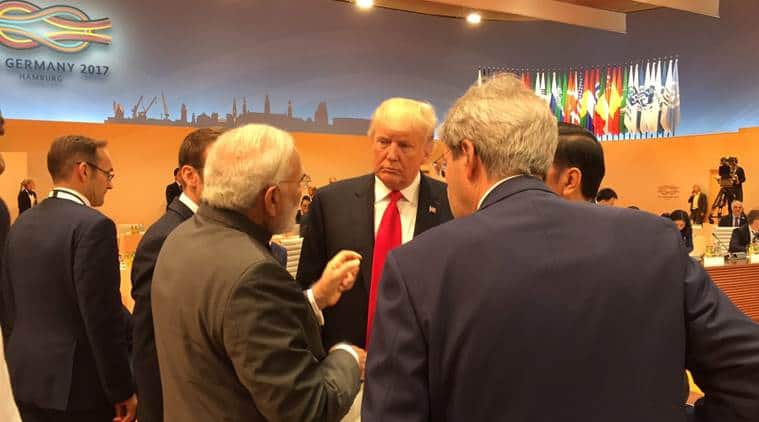 The author of ‘Staggering Forward: Narendra Modi and India’s Global Ambition’ responds to Ravi Joshi’s review of his book

Ravi Joshi’s review is a bit of defensive writing by a former intelligence official who seems to have combined an eagerness to defend the policy Establishment the best he can with the method Indian reviewers with truncated knowledge adopt of judging books by skimming through them. It reveals more about Joshi than about the book. It is hardly surprising then that the meaty details in the tome are naturally overlooked, which undermine his pronouncements about it at every turn, as I will try and show.
The professional strength of the country’s external intelligence agency, R&AW, is its ‘penetration’ of the high circles in Islamabad and otherwise keeping the Indian finger on the pulse of the Pakistan government and military. The broader canvas of international affairs, history, and developments, geostrategics, the imperative need for strategic vision, for defining the national interest, articulating a grand strategy, and for intra-governmental coordination, and appreciation of the timely use of hard power to leaven policy milieus in the rest of the neighbourhood, and in the near and far abroad—these and other aspects dealt with in detail in all my books, including ‘Staggering’—and, more generally, a comprehensive understanding of the unfolding regional and global reality and their impact on India, is terra incognita to most R&AW persons who are also unable to summon analytical rigour when putting pen to paper.

Joshi identifies me as someone ‘who always makes the contra point and not often in a pleasant manner’. So, he doesn’t like my calling a spade a shovel. OK. But one would have thought that straight-talk advocating major changes would be valued in a policy environment mired in precedent, risk-aversion and mealy-mouthed do-nothingness. Then again I forget that in a bureaucratised system, as I have long maintained, embroidering the status quo is all that is acceptable, whence the reviewer’s discomfiture at my not only critiquing Modi’s foreign policy but also providing an alternative policy framework when, actually, the two cannot and should not be separated. Would a critique make sense if it didn’t offer different ingredients for policy and a different way of conceiving and conducting it?

But let me briefly point out a few of the review’s other inadequacies. He questions the assumption of a fading United States and quotes some SIPRI defence budget figures. But he does not know any better because had the US defence outlays been deconstructed, he’d have discovered that, just as in India, the escalating payroll costs are at the expense of major arms and military build-up programmes, and the resulting capability shortfalls are making it impossible for Washington simultaneously to tackle Russia and China. He disputes that the relationship with Russia has weakened, in this regard mentioning the S-400 buy. Except, he fails to mention that the S-400 will escape CAATSA sanctions only if India also buys the markedly inferior national air defence missile system from the US and the antiquated F-16 combat aircraft to boot, as I predicted. And he crows triumphantly that ‘Even Manmohan Singh’s famous India-US nuclear deal of 2005 that was to be a game-changer in our relationship did not result in a single nuclear reactor being contracted from an American company, while half a dozen nuclear reactors were ordered from Russia’, while conveniently forgetting the price extracted by America from the Vajpayee and Manmohan Singh regimes—that India would not develop ICBMs nor resume nuclear testing. Anything nuclear seems outside Joshi’s comfort zone because he nowhere refers to my design for reorienting our nuclear forces China-wards, beginning with a specific ‘first use’ option using the passive-defensive atomic demolition munitions, and pointed nuclear targeting of Chinese high-value assets—the Three Gorges dam and the entire Southern and Southeastern coastline of China—the engine of that country’s wealth production. Instead, he wonders if the ASEAN and other states fringing China would have confidence in India as security provider when it has failed miserably to deal with Chinese forays in the Maldives, Sri Lanka and Nepal—precisely the question I have all along raised! But to get around India’s credibility gap I have reiterated in the book the solution I provided some two decades back, namely, nuclear missile/Brahmos cruise missile arming the countries on China’s periphery. Beijing may pooh-pooh India’s guardianship of ASEAN interests but will be less dismissive of Vietnam, Indonesia, or Duterte’s Philippines separately wielding these strategic armaments. This tit-for-tat payback for China’s nuclear missile arming Pakistan, of course, entirely escapes the skimming Joshi.

But Joshi shows his hand with his comment on my thesis about India as an independent power balancer able to check the ‘proto-hegemons’—China and the US, by minimising American influence on the one hand and Chinese power on the other in the Indo-Pacific by, among other things, configuring BRIS—BRICS without China, and Mod Quad—ASEAN states taking the place of the US in the quadrangle—India-Japan-ASEAN-Australia with the US entering the fray when it chooses to do so which, in any case, is what the US will do. ‘Asking India to become a ‘net security provider in the Pacific’,’, he writes, a trifle joyously, ‘that too without US partnership, is to live in cloud cuckoo land.’ Realistically, it is more ‘cuckoo’ to rely on America, but try telling this to the likes of Joshi, Modi and everybody else in the babu-dominated system in India who expect the US Cavalry to ride to the rescue of Indians.

But Joshi needs to digest some home truths. Yes, handing out green cards, scholarships, work visas to dependents of babus, politicians, and senior military personnel does get the US what it wants. You didn’t look at the evidence adduced in the book for this, did you Joshi saheb?

Remarkably, for an intel officer, the reviewer shows antipathy for disruptive actions, measures and policies and imaginative use of the available hard power capabilities of the state, urging a more realistic assessment of the country’s military capabilities. Had China been run by such realists it would be in the same boat as India is in now—something to ponder, ain’t it?

And, no Ravi Joshiji, pugnacity—a quality you attribute to me—which India reserves for Pakistan, is what it requires to show against big powers, and reflection comes from being immersed comprehensively in international affairs and not by making excuses for unmet promises and ‘fork-tongued’ foreign and military policies typified by ‘Make in India’ type of programmes that have contrived to keep India inconsequential and a dependency.

6 Responses to “Some Home Truths” — my response to Ravi Joshi’s review of my book, published in Open magazine