“Modi and the World” — review of my book ‘Staggering Forward’, in Open magazine 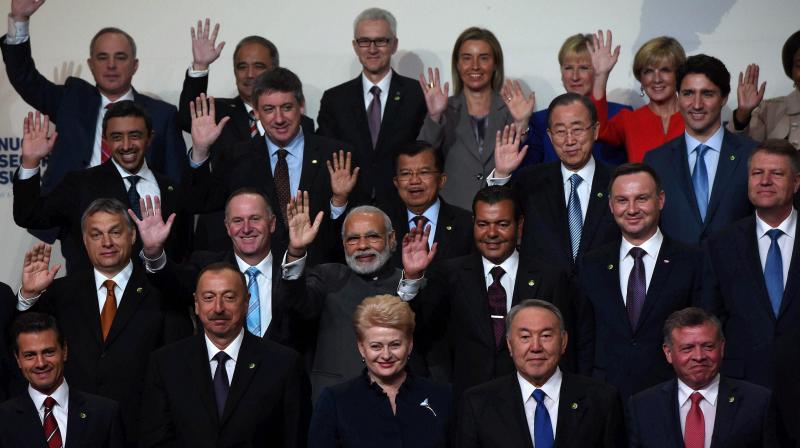 CRITIQUING A government’s foreign policy does not necessarily require one to provide an alternative foreign policy framework. But that’s the ambitious project of Bharat Karnad’s book. Karnad is well known in the Delhi seminar circuit as a strategic analyst who always makes the contra point and not often in a pleasant manner.

The foreign and defence policies of the first four years of Prime Minister Narendra Modi’s term are the scope of this book. It is perhaps a bit hastily taken up. For as the book comes out, Modi has upended one of the key assumptions of the book, that he is reflexively submissive to the mighty power of the US and has therefore sacrificed India’s long- standing relationship with Russia and Iran. Signing the contract for the S-400 missile defence system with Russia during President Putin’s recent visit to Delhi in defiance of the US Countering America’s Adversaries Through Sanctions Act of 2017 and the decision to place substantial orders for import of Iranian oil by two of our major refineries in the face of impending US sanctions on Iran from November 4th are two significant decisions taken by Modi’s Government that disprove a key premise of Karnad’s arguments. It’s perfectly fine to critique a government, but best not to write a book either in anger or in a hurry.

There are so many things one can find wrong in Modi’s policies and Karnad finds them all. He starts with the ‘Alpha Maleness’ of Modi and compares it with the other Alpha Males of our times—Presidents Trump, Putin, Xi Jinping and Erdog.an, and Prime Minister Shinzo Abe—and notes that Modi has only the pretence of an Alpha Male.

While Trump, Putin and Xi are all getting something done, it’s only Modi who has failed in everything he promised, says Karnad. Firstly, because he has no vision, no strategic doctrine, no geopolitically bold and imaginative policies that stress India’s neglected ‘hard power’. Hard power is what India should project vis-à-vis China, insists the author, though he is fully aware of the glaring asymmetry in the power equation.

Secondly, ‘Sabka Saath, Sabka Vikas’ is neither a vision nor a policy, especially if your neighbours have their own plans for ‘vikas’—which typically means jumping on to the Chinese bandwagon and thumbing a nose at New Delhi.

Karnad takes up four of India’s most important relationships—that is, with the US, Russia, China and Pakistan—for detailed examination and finds that Modi comes up short on all of them. With the US, Modi is personally in awe of the overpowering might of the country and kowtows unabashedly, as was seen in his body language with both Obama and Trump.

Karnad is of the view that ‘where India is concerned, Washington does not have to exert itself much at all because… it can simply hand out Green Cards, H1B visas, scholarships and jobs in US companies to the progeny of the nomenklatura in Delhi. It’s a nice, clean and easy solution to resolve any of India-related problems.’ If that were so, how come the USSR, and later Russia, continued to be our most steadfast defence partner since 1971 and despite the threat of US sanctions—and even the kowtowing— Modi has signed up for the ‘Triumf’ missile defence systems from Russia? The truth is that most US presidents found India frustratingly moralistic and judgemental, and a difficult country to handle, unlike the more malleable Pakistan. Even Manmohan Singh’s famous India-US nuclear deal of 2005 that was to be a game-changer in our relationship did not result in a single nuclear reactor being contracted from an American company, while half a dozen nuclear reactors were ordered from Russia.

Karnad opines that India is seeking ‘great power’ status as an ‘entitlement’ and is hoping to ‘achieve it on the cheap at the sufferance of a big power patron’ and suggests that the rulers in Delhi should follow Bismarck’s principle of ‘blood and iron’ instead of wallowing in the soft-power influence of its civilisational values and trying to become a ‘Vishwa Guru’ as Modi wants.

The underlying assumption of Karnad’s world order is that the US is a ‘fading power’ and China is racing to replace it. According to the Stockholm International Peace Research Institute database on military expenditure for 2017, the US defence budget was $610 billion, while that of China was $228 billion and India’s was $63.9 billion. Obviously, the US is far from fading away anytime soon; yet the author wants the weakest power in the triangular equation to realise its ‘hard power’ and start asserting itself by dumping the US as its ally and ‘kick China in the shins’!

Disparaging all attempts by India to align with the US, Karnad who is dismissive of the new notion of ‘Indo- Pacific’ suggests that India should go for a modified Quad, what he calls the ‘Mod Quad’, that is, the ‘Quad minus the US’ but including all Southeast Asian states. Why they should join India, that too against China, is not clear. Undeterred by such doubts, he says that this would put China on the defensive and prevent any military misadventure by Beijing in its extended neighbourhood. This, however, envisages India having a strong military partnership with South- east Asian states that would permit the positioning of not only its frigates and submarines but also Brahmos missiles to face China. Does the author seriously believe that any of the Southeast Asian states would depend on India in case of an attack by China?

When the tiniest of India’s neighbours, the Maldives, snuggled up to China and joined the Maritime Silk Route Initiative and when it signed a Free Trade Agreement with China, New Delhi twiddled its thumbs in utter helplessness. Subsequently, Delhi promised Beijing that it would not interfere in the Maldives in return for China’s early retreat from the disputed territory in Doklam. Such being the case, does Vietnam or the Philippines believe that India will come to its succour against China? Karnad knows the answer all too well, but his advocacy of hard power doesn’t countenance such minor oddities.

Similar to this idea of Mod Quad is another called ‘BRIS’—BRICS without China. The author forgets that BRICS was forged as an alliance of developing economies to face an unequal trade framework foisted upon them by the US and Europe. But in today’s world of trade wars unleashed by Trump, it has clearly become the US versus the rest. Both India and China are on the same side as victims of Trump’s hyper-nationalism and China is calling on India to jointly fight America’s anti-free trade policies. Which way will India go or should go? Given that Karnad considers both the US and China as inimical to India’s interests, what would his advice be?

The advocacy of hard power should be based on realistic assessments of our strengths and potential, not on fantastic notions of alternative reality. Karnad knows fully well India’s strengths and weaknesses, yet he makes some very strange assumptions about the behaviour of other nations.

Nevertheless, Karnad is an extremely well informed writer who raises some serious questions on the country’s foreign and defence policies and their underlying assumptions. But his pugnacity leads him to see only the negatives and robs him of reflection on the good that men do, either by design or default.

1 Response to “Modi and the World” — review of my book ‘Staggering Forward’, in Open magazine