Dancing with the dragon 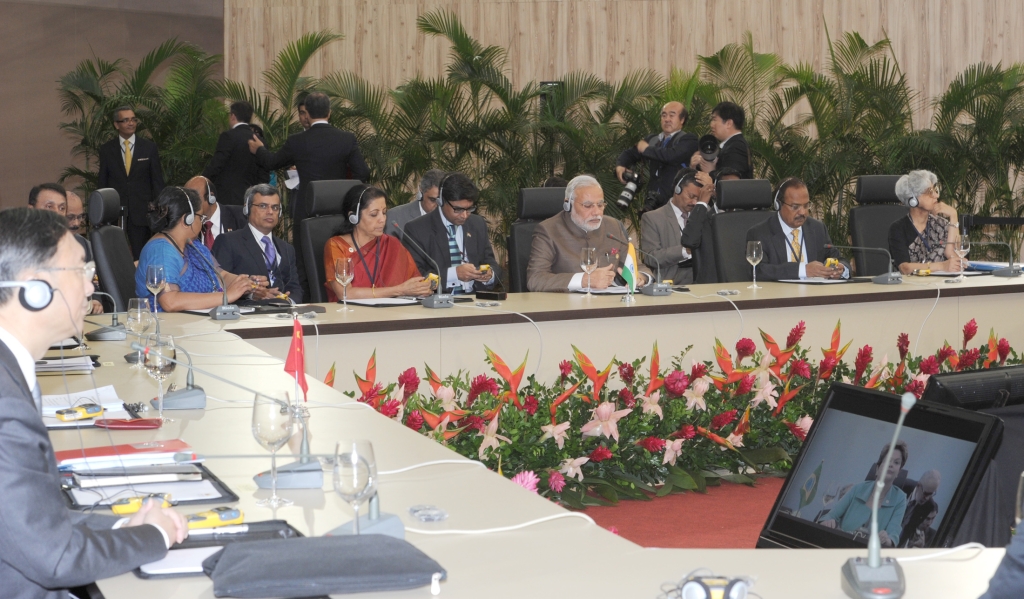 A spate of ministerial visits is in the offing as a run-up to Prime Minister Narendra Modi’s summit with Chinese President Xi Jinping in the summer. The Minister for External Affairs Sushma Swaraj will be in Beijing on April 23-24 to jaw-jaw with her counterpart Wang Yi—recently elevated to concurrently hold the post of State Councilor as well—and there’s the overlapping trip by Defence Minister Nirmala Sitharaman for talks with her Chinese counterpart Lieutenant General Wei Fenghe on April 24, as part of the meeting of the Shanghai Cooperation Organization Defence Ministers.

Swaraj is a veteran politician, Wang a professional diplomat, and the two can be expected to nimbly move around the minefields of policy differences and clashing national interests. Sitharaman, on the other hand, is a relative political lightweight going up against Wei, a former commander of the Second Artillery Strategic Forces – China’s thermonuclear deterrent, a stalwart People’s Liberation Army general who helped Xi strengthen his grip on the Chinese military and state, and has been rewarded. Sitharaman may be technically and experientially over-matched, and could give away too much if she believes that could win her some points with Prime Minister Modi.

What Modi wants is anyone’s guess, but what he doesn’t want from now to whenever the general election is called is for a sharp Chinese military campaign on the Line of Actual Control that will bloody the Indian Army, because then he will electorally have hell to pay.

The Prime Minister’s Office and Ministry of External Affairs could have helped Sitharaman ensure she does not find herself in too deep waters too quickly by having the two ministers making the visit meet with each other in Delhi prior to their trips to coordinate their approaches and talking points. This has not happened (do we know for sure?) possibly because of (1) a possible competitive factor – Swaraj may be afraid of Sitharaman out-shining her in pushing Modi’s agenda, considering that unlike the former, a rival for the Prime Minister’s post in 2014, the latter, a political junior, has never had strained relations with, and is trusted by, Modi; and (2) the fact that institutionally Ministry of External Affairs and Ministry of Defence have never seen eye to eye, and don’t do so now – par for the course in a system of government where ministries are sovereign and work in their respective silos, invariably at the cost of the country and the national interest. It is a liability Modi has done nothing to correct in the last four years.

What the Modi government has been enthused about regarding SCO is its RATS (Regional Anti-Terrorist Structure) initiative, because it sees it as a means of needling its bete noire, Pakistan. Except Pakistan, which gained admission into SCO at the same time as India, is also active in RATS, secure in the knowledge that the focus of this anti-terrorist forum based in Tashkent is Daesh (Islamic State) and China’s to see that Uyghur elements in Daesh don’t slip back into Xinjiang, and not so much the Masood-Azhar run Jaish-e- Mohammad. So, it is unclear how Modi means to mobilise and have SCO line up against Pakistan on the terrorism issue. But it is good optics and Swaraj and Wang will make much of India and China striding side-by-side on this topic even if they don’t get anywhere.

The more potent and seminal disagreement between the two countries on the matter of the unresolved border remains.

The April 13 meeting of National Security Adviser Ajit Doval in Shanghai with Yang Jiechi, former State Councilor and China’s special representative for the border talks, proved futile and Doval was given the usual Chinese verbal runaround by Yang.

The dilemma India faces in this special representative scheme is two-fold. Doval has no familiarity with the Mandarin language and is at a disadvantage because Yang can at any time lead the Indian NSA to believe that there‘s progress but when it comes to formalising what was discussed, like laying down some basic principles of negotiation, he can always take a step back saying the Indian misunderstood what had been said. This is an old Chinese negotiating trick based on the Chinese language that Chinese officials insist on using.

If Delhi responds by having its Mandarin-speaking diplomats as special representative, as when Shivshankar Menon, who preceded Doval in the NSA post, also doubled up as the chief negotiator, then India ends up ceding negotiating turf. The third way—of learning a trick or two from the Chinese and turning the tables on them—by having Indian interlocuters negotiate only in Hindi or Tamil or some other Indian language, is not a ruse that has possibly ever occurred to MEA and the Government of India and, in any case, is not followed.

So what will Swaraj and Wang talk about? Swaraj, of course, will try and get Wang to agree to withdraw China’s objection at the United Nations to designating Mahmood Azhar and his JeM as international terrorist organisation. In return, Wang will naturally ask that Delhi play ball on Xi’s Belt and Road Initiative, specifically be less obstructionist on the China-Pakistan Economic Corridor. Is this fair exchange?

Can Mahmood Azhar be equated to CPEC?

By the Modi regime’s reckoning, perhaps, yes. After all, it has been repeatedly pacified by Beijing with odds and piffles. Recall that Modi, instead of threatening to end the unequal trade that has resulted in a gross balance-of-payments problem for India, was happy in a previous summit with Xi’s permitting Indian pilgrims to access the Kailash-Mansarovar mountain via the Nathu La Pass-route!

So what will Sitharaman do? She is likely to, pro forma, bring up the staple of international terrorism and that’s where it will rest, leaving Pakistan untouched.

General Wei could demand India gets out of the Bhutan-Sikkim junction altogether, which the Indian defence minister, hopefully, will deflect.

But Sitharaman is in no position to negotiate ways and means of stabilising the security situation in that area in the context of India’s pathetic infrastructure void – the complete absence on the Indo-Bhutanese side of pucca roads and communications and logistics net that the Indian Army chief General Bipin Rawat has time and again publicly voiced deep concern about. The Chinese PLA is well aware of India’s weaknesses and, therefore, of the fact that India cannot militarily implement the shove beyond the push witnessed in that standoff at Dok La last summer.

Sure Beijing is presently caught in a web of uncertainty about how the trade war, now in the nascent stage, with the United States initiated by President Donald Trump will proceed, and Xi will not want to push Modi into going hyper-nationalist on security, or with regard to India’s $50+ billion trade deficit. But this should be small comfort to the Bharatiya Janata Party government which, far from living up to its ‘nationalist’ billing, will have to fight off the twin-charge that it has, on the one hand, appeased China and, on the other, reduced India to the status of a U.S. client, and this as the country races headlong into the 2019 general election season.

6 Responses to Dancing with the dragon