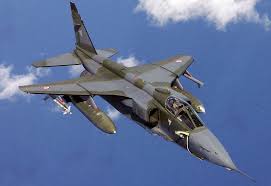 The other day a reporter for a foreign journal said he was checking out a story. It is a fantastic story not because it is improbable but because it would show up the Indian Air Force in very bad light. I do not believe the CAS, Air Chief Marshal BS Dhanoa, would make so inapt a purchase. But here it is: Dhanoa was at the main Dassault facility in France last week, flew the Rafale, or was flown in it. On the side, the story goes, he was told by the French of a whole bunch of mothballed Sepecat Jaguars that were up for sale. He was taken to the base where they were all parked, having apparently been in storage there since 1982 or thereabouts. The CAS was supposedly asked if IAF wanted any of these planes.

Billed at the time in the late 1970s when it was being sold to India as a Deep Penetration & Strike Aircraft (DPSA), the Jaguar proved in service to be able, as I had written at the time of its selection by way of an assessment, to either penetrate deep or to strike hard, but not do both at the same time. The Jaguar buy killed off the indigenous HF-24 Mk-II, an upgraded and advanced version of the Kurt Tank-designed Marut, whose termination also killed off the infant Indian aerospace industry lovingly nursed by Prime Minister Jawaharlal Nehru.

Given its limitations, the Jaguar DPSA saw service, exclusively deployed on the western front against Pakistan.  Dhanoa, it is said, showed interest in buying the whole lot of some 71-odd of these aircraft plus all spares stocks. Even if sold at metal junk value, it will fetch the French a pretty euro. As an actual combat equipment buy and at clearance value, its price will be in thousands of crores, even though the Jags are long past their sell-by date and obsolete to the core.

IAF already has 120 Jaguars, all equipped with the superb indigenously designed and developed DARIN navigation-attack system. The plan is for 60 of these to retain the DARIN -II, and an equal number upgraded to the DARIN-III standard and with a new engine, among other things. This is more than sufficient force to tackle Pakistan and for the low-level flight ops. It is likely the DARIN-III armed Jags are optimised for nuclear ordnance delivery over short distances in the plains/desert. In any case, why would IAF be in interested in acquiring another 70 of this aircraft from French storage that will have remained unchanged, technology-wise, from the time they were mothballed? Even if these are refurbished, what good will they do in the Indian air order-of-battle beyond their current usage plans?

It is not widely known just how seriously the Indian military is constrained by the extant scarcity of funds. To divert a huge big tranche of monies in this situation to bolster a capability that doesn’t need to be, especially not when there are other more serious competing demands on the air force rupee, is to be seriously spendthrift.

I trust that this is a wrong story, a bit of fluff, and there’s nothing to it.  Dhanoa seems too grounded a chief to allow his force to become a flying museum of antique aircraft.