Handling China with calculated cool but get a light tank 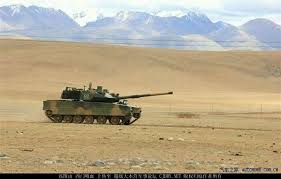 Thank God, the NSA Ajit Doval didn’t crumble under the weight of the occasion and give away the store on the Doklam confrontation to Messrs Xi, Wang, & Yang. Then again having been apparently instructed by the PM to under no conditions back down, this was expected. Delhi in the past has been hurried into inadvisable, symbolically pregnant, and wholly unnecessary compromises starting with the 1996 agreement during Narasimha Rao’s reign to maintain peace and tranquility on the border. The Modi policy of being strong without making a huge fuss about the developments on the border is the right tack to take in dealing with China. If Beijing thinks it has time on its side, time is even more India’s ally, hence, it will help if GOI shows less interest in border resolution, except as a comprehensive solution for the entire length of the border from the Aksai Chin to the eastern-most point of Arunachal Pradesh fronting on China. To merely sit down to negotiate a settlement for Doklam would be to waste the advantageous position India has achieved not just on the ground there but psychologically. For the first time Beijing really is at sixes and sevens.

But even as things were proceeding satisfactorily with Doval in Beijing, Arun Shourie an otherwise well informed and well-meaning public intellectual of great integrity, on the “Off the Cuff” forum broadcast by NDTV earlier this evening, proffered the wrongest possible advice on dealing with China. I am not sure where he picked up what he relayed as a lot of gung-ho posturing by India. Where, what, when? I haven’t seen any such thing other than realistic renderings of the situation that the Indian army is far better placed on the Doklam plateau than the PLA in that sub-sector, and that all the big threats and noises of war made by Beijing has not had even a bit of impact — the reason why I have said in past posts, the Chinese have gotten progressively hotter under the collar. Acting hard, fast and true — military actions-wise, but keeping cooler than cool — calculated cool — is how China needs to be handled. It’s the template for the future now that the army has put it in place. This requires, of course, that the level of the prepositioned stores is maintained at a high level. All else then falls into place, including faster induction in the two regiments of the more advanced Brahmos Block II supersonic cruise missiles with a steep (90 degree) dive capability. It is the sort of thing the PLA will be extremely wary of. It is a very good thing that the CAS ACM BS Dhanoa indicated that his Su-30MKIs on that front were prepared to enter the fray if PLA escalated and push & shove came to stomp & shoot.

Now that Finance Minister Arun Jaitley has released the funds so that the acting defence minister Jaitley can get on with raising the second mountain division for the offensive  mountain warfare 17 Corps, the troubling issue of mobility remains.

In line with the other services that do not espy the need until it hits them in the face, the army finally managed to get on track with an offensive mountain corps and then did the wrong thing by deploying the T-72/90s with the prospect of these debouching from the Demchok area and the northern Sikkim plains  on to the Tibet plateau. Except these heavy tanks meant for plains/desert warfare are inappropriate for the high altitude desert of Tibet.

The PLA, which reads its needs and technology trends better, has developed, tested , and inducted into its forward forces some 300 of the 35 tonne light tank Xinqingtan with a 105mm main gun and a 1,000 hp power plant optimised for the rarefied air milieu of Tibet. For the last 20-odd years I have been championing the cause of a specialised light tank for mountain warfare duty. The last light tank the army operated was the French AMX-13. There’s enough technological capacity in the private and public sector to mount a joint development project for a light mountain tank to be produced in double-quick time with a special engine able to “catch” the air.  But the army has to produce QRs, which its armour directorate at the army HQrs hasn’t gotten round to doing. Yet.