Geopolitical developments are a double-edged sword. These can be seen as opportunities to capitalise on with a view to strengthening a relationship or turning an adversary into a friend, or they can be wasted and a historical partner, as a result, can be alienated, and primed to make common cause with a rival, or reinforce the animosity of a foe. All strategic concerns of great powers and would-be great powers, such as India, as a rule, have at their core keeping the neighbourhood pacified. India’s record in this respect has, alas, not been stellar. Delhi’s big brother attitude has rankled. Barring Bhutan, no adjoining state or country in the middle-abroad, has had other-than-ambiguous or troubled ties with India. The tenure of the Bharatiya Janata Party government, in this regard, has been no exception, which is an ironic outcome of Prime Minister Narendra Modi’s strenuous diplomatic efforts to serve his widely advertised “neighbourhood first” policy.

That said, the geopolitics in South Asia in 2018 have become more conducive to India’s interests.

Pushback To China’s Belt And Road

President Abdulla Yameen, owing to his Bonapartist tendencies, persuaded the people of the Maldives to turf him out in the last general elections and install in his place the gentler, more democratic-minded, Mohammad Solih. Solih, much to Delhi’s delight, immediately announced a return of his country to its traditional India-friendly posture and, on his first trip abroad, was rewarded in Delhi with Modi’s trademark hugs and a check of $1.5 billion, perhaps, as a down payment on the debt Yameen ran up with Beijing. This has ended the traction China’s Belt and Road Initiative or the “maritime silk route” was gaining in the southwestern Indian Ocean, which was further compromising India’s security grid in this watery expanse. This is a plus.

In the same oceanic quadrant but nearer India’s peninsular tip, Sri Lanka has proved a difficult nettle for India in recent times to grasp. The latest political turmoil in this island-nation was triggered by President Maithripala Sirisena’s ouster of Prime Minister Ranil Wickremesinghe on the charge that the latter was involved in an assassination plot against him, and led to the appointment of the China-friendly Mahinda Rajapaksa to the PM’s post. It was, however, a decision reversed inside of a fortnight by the Supreme Court, leading to Wickremesinghe regaining his chair and India breathing a sigh of relief. Whether Sirisena’s paranoia will subside enough to allow peaceful coexistence with Wickremesinghe is still an open question.

Amidst this political game of musical chairs, grave geostrategic damage has, however, been done to India’s security interests by Colombo’s inability to service its multi-billion dollar debt to China. Beijing converted that into a 99-year lease of the Hambantota port.

So, however friendly a Sri Lankan dispensation in the future, the Indian Navy will be hard-put to impose the supposed secret condition in the Hambantota deal that no Chinese naval vessels can dock and replenish there in wartime.

China’s plan has suffered drawbacks with Myanmar, Thailand and Malaysia, who have shelved or curtailed the more ambitious BRI infrastructure projects.

If the Maldives and Sri Lanka are taken out of the BRI scheme, the Chinese military, on its part, will not have landfall between the synthetic islands it has created mid-channel in the disputed South China Sea and Djibouti on the Horn of Africa and in Gwadar on Pakistan’s Baluch coast. It will require the Chinese Navy to negotiate the narrows of the Malacca, Lombok and Sunda Straits that India is in a position to control.

Further, the understanding with France for its naval and other forces to use Reunion Island in the southern Indian Ocean and Base Heron in Djibouti will enable India to mount close surveillance and otherwise crowd out Chinese military assets, other than its northwestern quadrant, in the Indian Ocean.

The definite military angle to the China-Pakistan Economic Corridor, in effect, allows a Eurasian land power for the first time in history to access the all-year warm water port of Gwadar on the Arabian Sea – an aim Britain, the dominant power of the 19th Century, successfully prevented the expansionist Czarist Russian Empire from achieving, and which effort was at the heart of the so-called ‘Great Game’ that so agitated India’s colonial overlords of that era.

The troublesome aspect of CPEC is not only the increasing military-industrial collaboration between China and Pakistan, but the fact that, under the guise of protecting its labour and construction paraphernalia, almost an army division worth of Peoples’ Liberation Army troops are already deployed in Baltistan. This could be the kernel of a permanent Chinese military presence in Pakistan-occupied Kashmir and hence in the subcontinent. This is no small matter for India to worry about because hereafter the Indian military will have to factor into its operational plans Chinese and Pakistani armies, air forces and navies coordinating their actions in any affray with India.

It is for the overarching geopolitical reason of denying China a toehold in Pakistan that the Bharatiya Janata Party government reacted positively to Prime Minister Imran Khan’s peace overture of the ‘Kartarpur Corridor’ with Prime Minister Narendra Modi referring to this project as the breaking of another “Berlin Wall”. 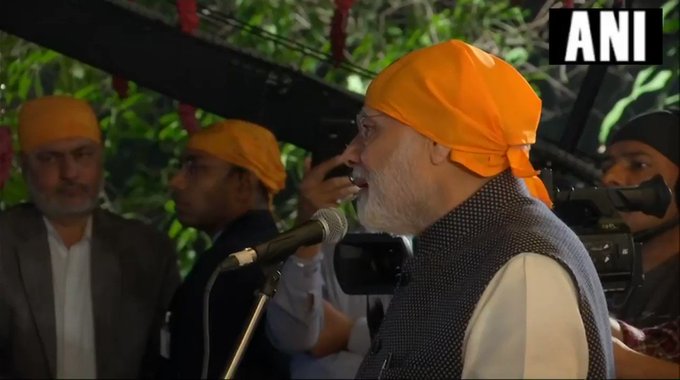 But instead of moving forward and resuming dialogue that Pakistan has been seeking, Delhi, for no apparent reason, settled down to its usual truculence. The trouble is, governments in independent India have, from the beginning, lacked an appreciation of strategic geography. This is strange considering this was the prime imperial legacy the departing British left us with, which didn’t form the backbone of India’s foreign policy.

Geographic imperatives suggest that India’s overarching strategic objective should be to regain for India, in cooperation with the other subcontinental states, the unified military-strategic and economic space lost in 1947.

This simply can’t be done without Pakistan first being co-opted by any and all means. True, smaller states abutting India—Nepal, Myanmar, Bangladesh, Sri Lanka, Yameen’s Maldives, and even Bhutan—are discovering the advantages of extracting benefits from Delhi by cultivating Beijing. This is par for the course.

It is also true that allowing Indian Sikhs easy access to Kartarpur is a public relations success for Islamabad and may be part of the Pakistan Army’s asymmetric warfare by other means. After all, the North-America-based Sikhs For Justice, a forum pushing for a ‘referendum’ by Sikhs all over the world on a separate state of Khalistan carved out of the Indian state of Punjab, is courted by Pakistani authorities. However, even if the SFJ follows through on its malign intent with Pakistani help, it cannot grow beyond being a nuisance at most.

This only emphasises the importance of turning Pakistan around. India has tried to overawe Pakistan with its military superiority, diplomatically beat it with the terrorism stick, and to economically pressure it by permitting only truncated trade. None of it has worked.

Maybe it is time to wield generosity as a political tool to win over Pakistan and, by the same means, the rest of the neighbourhood, because the strategic gains of doing so are immense.

Time to try Chanakya’s ‘sama’ (compromise, agreement) and ‘dana’ (grants, material aid, assistance) rather than remaining stuck on using ‘dand’ (economic sanctions, violence and military threats) and ‘bhed’ (stirring up domestic trouble) that has only fetched rancor and ill will?

And finally the Modi regime, in a sense, has outsourced its strategic security to the United States, hoping America’s supposed military strength in the Indo-Pacific region will be a backstop to India’s armed posture. To curry Washington’s favour, Indian governments in the twenty-first century of every political stripe—headed successively by BJP (under Atal Bihari Vajpayee), Congress (led by Manmohan Singh), and again BJP (helmed by Modi)—have done everything, including accepting limitations on India’s strategic capability growth by not resuming thermonuclear testing and shelving the intercontinental range ballistic missile programme to genuflecting to Washington over the H1B visa issue.

It has hurt the country’s strategic prospects by alienating Iran by falling in with the American designs on Iran and reducing the off-take of Iranian oil and gas.

It imperils India’s presence in Chabahar and connectivity to Afghanistan and Central Asia. Elsewhere, it has irked Russia and risked the warfighting capacity of the Indian armed services that are equipped to the extent of 70 plus percent with Russian hardware.

All this in return for what? For promises of dated defence technology, such as the antiquated F-16 combat aircraft? Because there surely has been no give on the U.S.’ part on anything else. Indeed, if anything the Donald Trump administration has tightened the H1B screws on the Indian information technology industry.

Moreover, given the disadvantages accruing from the over-tilt to America, skepticism about its reliability and credibility as ‘strategic partner’ should have long ago begun informing Indian policies. This has still to happen.

In the context of the impulsive and unpredictable Trump, who has systematically dismantled the U.S. international security and trade infrastructure—by dissolving the Trans-Pacific Partnership, weakening the North Atlantic Treaty Organization, withholding joint military drills with the South Korean forces, withdrawing abruptly from Syria and Afghanistan and, in the face of Chinese provocations, urging Japan to buy American armaments in lieu of U.S. military support—Delhi continues to depend on Washington to pull India’s chestnuts out of the China-fueled fire. Really?