Slowing down the Chinese juggernaut 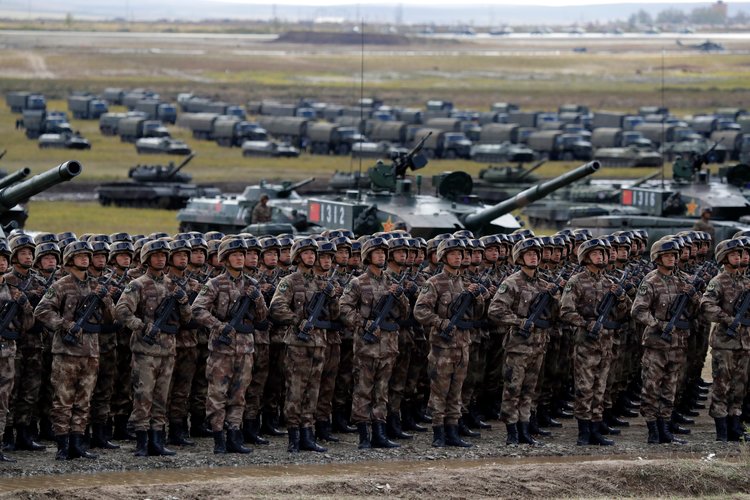 Wrote this piece for the BBC Hindi Service, 24 December 2018. Its translation featured at https://www.bbc.com/hindi/india-46659574

The most that even powerful countries think they can realistically do against a relentlessly assertive China eager to displace the United States as the predominant power in the world is, as Richard Haass, a former head of Policy Planning at the US State Department, has written is to  “manage” relations with it.  This is no great revelation to the Indian government which has been in the business of managing its neighbour since the humiliating military defeat in the 1962 Himalayan War when Delhi finally gave up the ghost of “Hindi-Chini bhai bhai” and the even grander aim Prime Minister Jawaharlal Nehru entertained in the years straddling independence of an India-China concert to oversee the affairs of Asia.

But the relationship management task is growing more onerous by the year simply because Beijing has so honed its game, is so strategically driven, and agile in its policies and posture and has such a wealth of resources to deploy to winning friends and influencing targeted countries, it continually advantages itself. Pitted against this seemingly unstoppable force is a whole bunch of countries on the Asian littoral and in the Indian Ocean, the weaker among them finding it hard to resist the Chinese promises of rapidly erected quality infrastructure financed by easy credit. It is “debt-book diplomacy” of a high order that no rival of China in the Indo-Pacific region is able to match – not Japan, and even less India.

It is quite another matter, however, that as Sri Lanka has discovered with the Humbantota port, the high-cost of the project and the resulting troubles with servicing debt has ended in a 99-year lease of this facility to a Chinese shipping company. The lesson is stark and is being quickly learned. Thus, Myanmar, Malaysia, and Thailand have shelved or curtailed infrastructure projects involving Chinese loans. Even in Pakistan, which thinks of the prospective China-Pakistan Economic Corridor as a boon, more and more people worry about the debt trap their country may be stepping into.

Just as important to Beijing’s design of achieving supremacy, other than an economic stranglehold, is the military objective of getting around what Chinese strategists call the “Malacca dilemma” – the necessity of protecting 80% of its trade transiting through the Indian Ocean having to negotiate the “chokepoints” of the Malacca, Lumbok and Sunda Straits which, the Indian Navy based out of the country’s eastern seaboard and the Integrated Command in Port Blair in the Andaman and Nicobar chain of islands can effectively control. This explains the frantic search for harbours and oceanic frontages, except such acquisitions can mitigate the problem somewhat without really solving it. Hence the Chinese investments in north-south road and rail projects to access all year warm water ports through Kyaukpyu on the Bay of Bengal in Myanmar and Gwadar on the Arabian Sea in Pakistan.

So what can be done to, if not stop, than to slow down the Chinese juggernaut?  There is actually a military containment solution.  The littoral and offshore states and India have to coalesce into a security group that can operationalize a hard strategy.  India has military access to Duqm in Oman, the French base ‘Heron’ in Djibouti on the Horn of Africa, Seychelles, Maldives, and Trincomalee in Sri Lanka. It now has to speedily develop the Sumatran port of Sabang and the Vietnamese base of Na Thrang on the central Vietnamese coast offered Delhi, for Indian naval use and as a beefed-up electronic intelligence-gathering station run jointly with Hanoi to capitalize on its line of sight on the Chinese Navy’s main base at Sanya on Hainan island.

This chain of military bases have to be complemented with continuous and rigorous exercising with the host, local and regional navies to send the message to Beijing that whatever concentration of forces it can manage on either side of the three straits, they will face difficulties. And India has to prioritize the transfer of the Brahmos cruise missiles in bulk to Vietnam and every other country that expresses a desire for it. It is the surest way to tie down the Chinese South Sea Fleet and the secret ‘’Fourth” fleet for the Indian Ocean. And it will make the countries disputing China’s monopolizing the South China Sea more confident of deterring the Chinese Navy than if they lacked such strategic impact armament

This is a far better coalition-based maritime strategy to dissuade China from exercising its superiority on the undelineated 4,700km land border, the so-called Line of Actual Control, than the “theatre switching” strategy the Indian government is betting on, which, frankly, is unworkable.  Indeed, one manifestation of Beijing’s confidence that it can take care of India’s maritime counter and still press the Indian forces landward is the rapid conversion of satellite air fields into mainline bases with the updating of the necessary infrastructure and the augmentation of its air force and missile batteries in Tibet. India, in response, seems to get nothing right. It is leisurely raising a single offensive mountain corps and then fluffing it by establishing it along the strike corps model for the plains, rather than equipping it with light tanks!

The joker in the pack is the unpredictable Donald J. Trump’s America. The abrupt withdrawal of US forces from Syria and Afghanistan and the departure of General James Mattis from the Pentagon ought to give the Narendra Modi government and other Asian regimes who have to-date unthinkingly depend on the US for their security, pause. Trump, who has downgraded the North Atlantic Treaty Organization, watered down military cooperation with South Korea, and is inclined to sacrifice the interests of US allies and partners without notice to be in good nick with President Xi Jinping, only reinforces America’s dismal track record post-1947 of hurting friends and fellow democracies, and cannot be trusted.

The Indian government forgets the cold-bloodedness with which, as recently revealed by declassified documents, the Democratic Administration of President Jimmy Carter heeded Dengxiaoping’s counsel in the late 1970s that for the sake of “stability” and to incentivize Islamabad to assist the US effort to fight the Soviet occupation of Afghanistan, Washington should allow China to nuclear missile arm Pakistan. Recall the iconic photograph of Carter’s National Security Adviser Zbigniew Brzezinski posing with an AK-47 at the Khyber Pass?

4 Responses to Slowing down the Chinese juggernaut