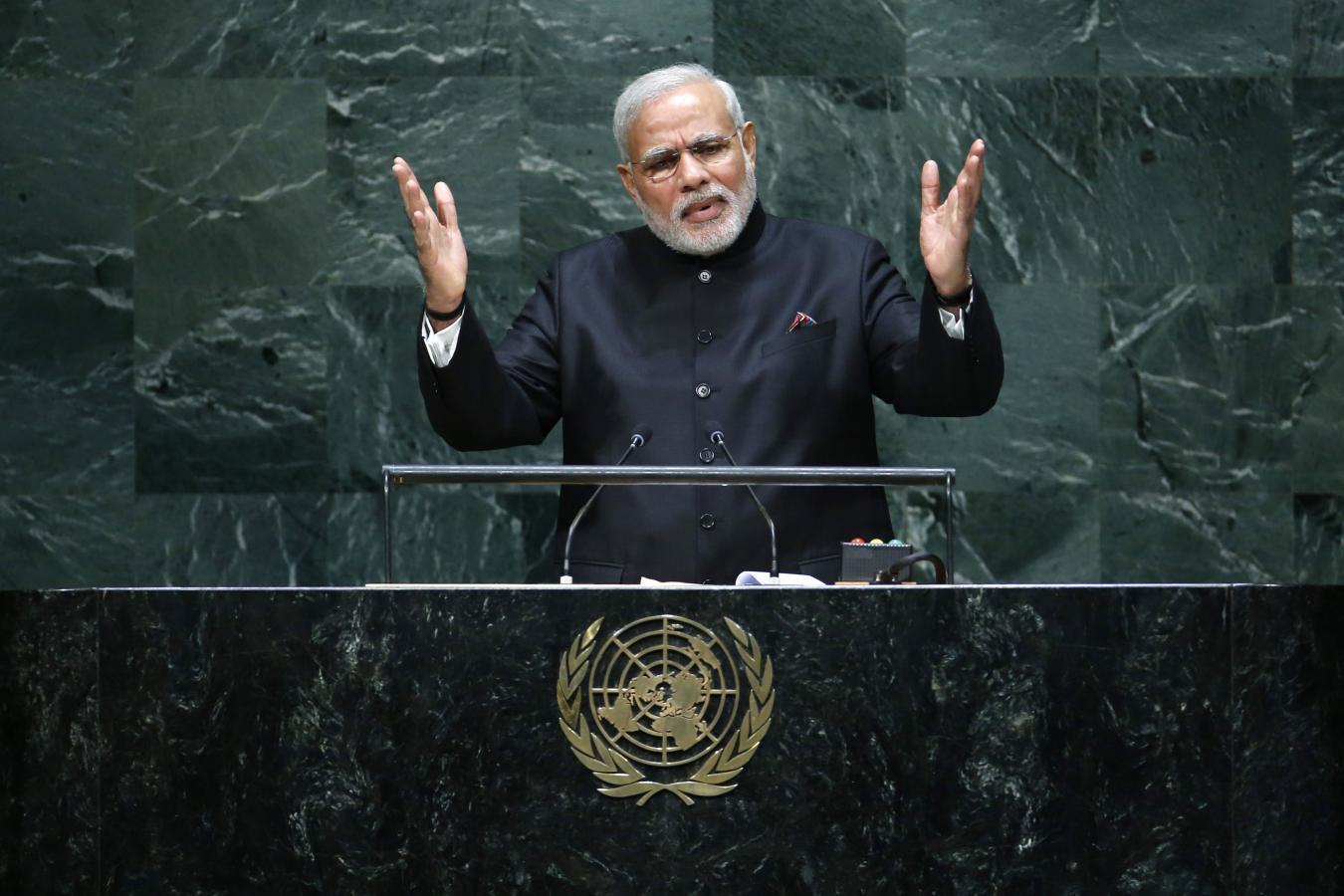 The Indian ambassador to the UN in New York, Syed Akbaruddin, made the predictable pitch on behalf of the so-called G-4 — India, Brazil, Japan, and Germany, at the UN General Assembly (UNGA) debate on UN reform a couple of days back for these countries to join a revamped UN Security Council as Permanent Members but with a twist. “Naysayers”, he fumed, the frustration showing in his voice, “cannot be allowed to cast a dark shadow over the entire membership and hold the overwhelming majority back.” India’s position that all the tarrying and prevaricating and delaying tactics should end, and that a vote on the UNSC expansion issue be called soonest in the UNGA, where each UN member state has one vote and no country has veto.

Delhi/MEA surely isn’t so dense that it can’t see the obvious, that the 12 state ‘United for Consensus’ group, headed by Italy and including Pakistan, which opposes any reconfiguring of the UNSC, is not primarily to blame — though the procedural wrangles instigated by this group have pretty much tied up the deliberations in the Inter-Governmental Negotiations (IGN) forum set up to resolve this issue. IGN has been working for several decades with little to show for all the verbiage that’s been expended. The riposte by Maleeha Lodi, the Pakistan ambassador, was that if differences are found difficult for the US, Russia and China to reconcile in the present Security Council, enlarging the body with more permanent members would only ensure a complete gridlock or worse.

The principal hurdle specifically to India’s entry, however, are the two countries the Indian government in the new Century, helmed by both the BJP and the Congress party, has bent over backwards to appease — the United States and China. The Trump Administration has made it plain it supports only a “modest” increase in permanent seats. This by way of saying that Washington would happily countenance its treaty allies, Japan and Germany, in the UNSC but not India or Brazil — though to the Indian PM’s face US functionaries have assured support.  China, on its part, has declared it is against “arbitrarily launching text-based negotiations” in IGN as demanded by India; the larger reason, of course, is to deny both its Asian rivals a leg up. Again, Beijing does not say it’s not for India at the high table but hints at its unwillingness to see Japan in the Council, knowing fully well that no move will ever be made to just ease India’s entry into UNSC.

India’s yearning for a permanent seat in the Security Council raises the pertinent question whether India deserves it. Because the five current permanent members  (P-5) — US, Russia, China, UK and France are great powers and have traits in common (including the last two which are long into the imperial dusk). They all have hefty nuclear forces, modern militaries to reckon with, are security providers with extra-territorial military presence, with France even in the Indian Ocean (on Reunion Island in the French Indian Ocean Territories and the Heron base in Djibouti), generate advanced technologies in all fields and are frontline technology innovators, have a whole bunch of Third and Fourth World states the world as arms dependencies, courtesy vigorous arms sales schemes, are large foreign aid donors with extensive and tested development and infrastructure assistance programmes, high volumes of global trade and extremely strong and active economies, and relatively high standards of living. So, does India, other than possession of simple, low yield, nuclear weapons (that in quality, perhaps, lags behind a lowly Pakistani arsenal), meet any of these metrics?

Our case rests on the following arguments: that India (1) boasts of a large fraction of the world population, (2) is a “responsible state”, (3) is a longstanding democracy and an exemplar of liberal values (4) contributes disproportionately to UN peacekeeping missions, (5) shaped the post-WWII international system by championing anti-imperialism, anti-colonialism and anti-racism, (6) is a steadying influence in a disordered world, (7) has always taken taken the lead role in furthering universal good — disarmament, climate accord, solar alliance, etc., (8) has never been expansionist or coveted foreign territories, but has no neighbour at peace with it,  and (9) is a trillion dollar economy, except 40% of its population is below the poverty line.

The P-5 and India are divided neatly in the nature and the attributes of power they exercise — the former wield hard power which also helps their soft power to be more effective. India is a power mostly limited to the subcontinent, its impact and influence outside of it being iffy at best.

And yet the Indian political class and the bureaucrat-dominated system remain entirely innocent about the main ingredients of great power and what the country needs to do to become one. The irony is India has all the requirements of great power except the crucial ones — the political vision and will, the ruthlessness and drive, the resolution to not take guff from anyone, selectively to strengthen only military wherewithal with strategic reach and clout, the cussedness and single-mindedness to slyly but consistently prosecute disruptive, risk-acceptant,  policies, that upend global regimes and upset every inimical P-5 state’s apple cart. That’s how China became a great power and now dictates to the world.

But India, alas, has no Dengxiaoping, no leader to challenge the world and motivate the Indian people to work for the nation’s cause, only gasbags furthering their advantage in domestic politics while using India’s democracy as an excuse for the country remaining a perennial also-ran.

Surely then such a country cannot credibly ask in good faith for a permanent seat in UNSC to preside over a world it had no role in making, and has even less of a role in running. The P-5 have to feel sorry enough for a “flailing” India to accommodate it, which won’t ever happen. So India is fated to remain on the outside, like a beggar with face pressed to the windows of a posh eatery.