Limitations in our heads

Posted on September 3, 2018 by Bharat Karnad 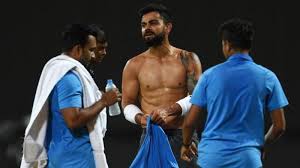 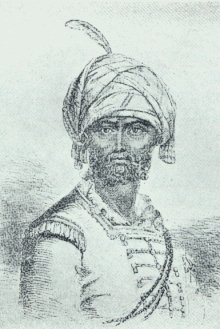 Trust the Indian cricket team to collapse ingloriously as they did in Southampton yesterday. Surrendering sheepishly  from a winning position this time, when they were in the 140s for 3 wickets, repeating the pattern of loss in the 2nd Test at Edgbaston with the same scoreline — 2 down for about the same number of runs. What started the slide on both occasions (if I recall the details of the Edgbaston defeat properly) was the Captain — and the only fighter in the desi outfit, Virat Kohli, showing every intent and determination to reach the target, getting past the 50-run threshold and showing signs of settling in to shepherd a win, but failing. It began a slide that saw India stymied and out of the game then, and again at the Ageas Bowl, this time downed by an even bigger margin. No guts, no fortitude, no patience, no sense of fighting spirit whatsoever. Just some plain mindless thrashing about with the bat by the likes of Pandya and Pant. So, instead of being in a position to replicate the Don Bradman-led Aussie team of 1948 of coming up from 2-down to win the 5-match series, the Indian team folded as is their wont without so much as a whimper after Kohli’s inning.  Something similar happened in the T-20 game I watched this summer in Cardiff where after Kohli came the deluge. So whatever the format India loses once the Captain is out.

Kohli, usually the only Man standing — among lily-livered team-mates, is the fissile core around which the Indian cricket team either sizzles or fizzles, mostly the latter on foreign soil where series wins against cricketing powers are rare.  Why is this so? Kohli explained to an English cricket reporter that for the Indian players the problem is that “the limitations” of their ability are “in their heads”. The implication was clear: Get over this, over the feelings of inadequacy, and lo! and behold, life may become simpler, and being victorious becomes the norm, not the exception. Apparently, Virat has overcome his sense of his own limitations and become the master of the field whose very presence radiates outwards to envelope teammates and to sow apprehension in the adversary.

Doesn’t what Kohli say have resonance for the country, an all-time loser nation that the Polish sociologist Stanislaw Andreski tellingly described India as “the land of subjugations” —  used to losing, and always prepared deferentially to make peace on the enemy’s terms?  Ni victory of arms  of native forces officered by the British doesn’t count, and neither does the 1971 War for Bangladesh — a sort of intra-mural win by a bigger more powerful part of the once British Indian Army over a smaller, weaker, part. That leaves the country’s cupboard bare of anything remotely resembling military success.

And the cricket team’s falling apart ere the captain departs the field is the analog of India’s historical pattern. Adversaries from Alexander the Great’s days quickly learned that any native Indian army could be run off the battlefield simply by getting rid of the king — sitting conspicuously on the war elephant at the centre of the Indian ranks — verily the ‘Gajpati’ beloved of the ancient Indian order-of-battle — directing battle from his perch — but as easy to bring down as his pachydermal mount, with a storm of well-aimed arrows and hard-thrown spears. Once the leader is taken out, the native armies inevitably broke and ran, deserting their king and country. The result: Porus in chains and his realm — all of the lands on the Indus and its tributaries in the Punjab become a plaything of the Macedonian monarch. An unending chain of foreign conquerors and looters since have feasted of  India’s wealth, succeeding by following Alexander’s script to fell Indian states.

And yet Indians learn no lessons from history, from regular humiliations of the past. So the “honour”-minded Prithiviraj Chouhan defeats Mahmud Ghori in the first Battle of Tarain in 1192 AD, displays compassion or foolishness, does not pursue a defeated and wounded foe, only to see him return the next year for the 2nd engagement at the same site, but this time gets isolated, whereupon, taking no chances, Ghori promptly ends the former’s life.  See any parallels between the compassion shown Ghouri as a matter of Rajput chivalry and modern India’s priding itself as a “responsible” state invariably having its interests trfampled underfoot by “friends” and foes alike??

And see how instead of ridding their minds of self-doubt and jettisoning feelings of weakness and limitation, as Virat Kohli has done, our leaders are suffused by the infirmities of the state and society and therefore are risk-averse in extremis, always ready to compromise?

It is not for no reason that Waterloo was coupled to the playing fields at Eton. Though  the Duke of Wellington never said anything about it. But he did come away impressed with the Peshwa army at the 1803 Battle of Assaye and his wars with Tipu Sultan in the Deccan. The pity is the Peshwa forces were in a position to force the issue at Assaye, but didn’t. And Haidar Ali, likewise, had run the British forces ragged, according to the then Colonel Arthur Wellesley (the Duke before he was ennobled) and brought them on several occasions to the point of defeat, but rather than waging a war to oust the firangi from the land for once and for all — difficult at the time, it is true, given too many divisions in the land and everybody fighting each other rather than the Brits — he ended the First Anglo-Carnatic War in 1769 with the Treaty of Madras with the submissive British. These are the situations when Wellington first and repeatedly used his famous phrase — “This was a close-run thing!”, subsequently made famous at Waterloo. Small consolation for Indians.

(In Wellesley’s subsequent wars against Haidar’s son, Tipu Sultan, he learned the lesson to not take the Indian king head on. In the last of the Anglo-Carnatic wars, he instead did what Clive had done at Plassey  — bribe a court insider — another Mir — Mir Sadiq — Tipu’s vazir, to in the dead of night open the gates to the impregnable fort of Seringapatana on the Cauvery River. That was 1799. Has much changed since then with COMCASA on the anvil and LEMOA already signed and India with leaders with their heads still full of their own and the country’s supposed limitations?)

Senior Fellow in National Security Studies at the Centre for Policy Research, New Delhi, he was Member of the (1st) National Security Advisory Board and the Nuclear Doctrine-drafting Group, and author, among other books of, 'Nuclear Weapons and Indian Security: The Realist Foundations of Strategy', 'India's Nuclear Policy' and most recently, 'Why India is Not a Great Power (Yet)'. Educated at the University of California (undergrad and grad), he was Visiting Scholar at Princeton University, University of Pennsylvania, the Shanghai Institutes of International Studies, and Henry L. Stimson Center, Washington, DC.
View all posts by Bharat Karnad →
This entry was posted in Afghanistan, asia-Pacific/Indo-Pacific, Asian geopolitics, civil-military relations, corruption, Decision-making, domestic politics, Europe, Geopolitics, India's strategic thinking and policy, Indian Army, society, South Asia, United States, US.. Bookmark the permalink.

8 Responses to Limitations in our heads