Reasons for not inviting Trump to India 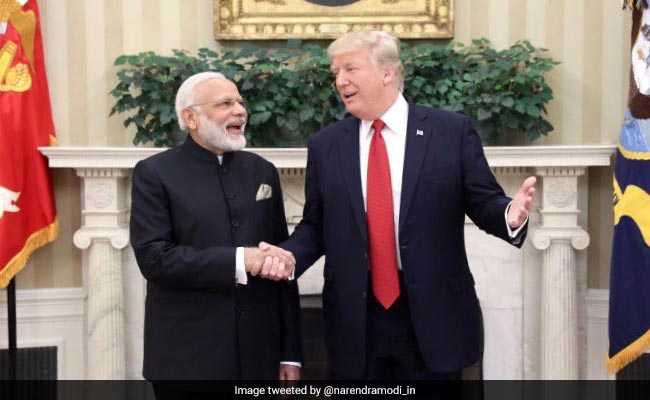 Returned from a summer holiday to read that Prime Minister Narendra Modi is contemplating inviting US President Donald J Trump as the chief guest for the 2019 Republic Day celebrations in the expectation that this will brighten his own and the ruling BJP’s prospects in the general elections to be held no later than May next year. Well, good luck! (Though what one hears everywhere in Delhi is that Modi will hold the national elections at the same time as the Rajasthan state polls in November this year to prevent the bad effects of the anticipated rout for the Raje regime there from cascading into disastrous general election results.)

Not sure who is advising Modi about inviting Trump. May be such thinking is the result of his own instincts, and the slight acquaintanceship he established with Trump in the two meets the two strongman leaders have had to-date. Or, may be it is Ram Madhav — the PM’s RSS-affiliated adviser on foreign affairs, whose exposure to America and knowledge about Washington and generally about foreign affairs seems as thin as that of the Prime Minister, whispering into his ears. In any case, should an invite actually be sent to the White House, Modi must be prepared to see Trump end up spoiling what chances he has for re-election.

The reason is simple. Modi may think he is inviting a friend, a fellow alpha-male leader, with whom he can break bread and talk business. Except Trump is not the nice, effete, Obama of the 2016 Republic Day dais, who sat gamely through the unending parade down Rajpath. Trump will have none of it. With an extraordinarily small attention span and mercurial nature Trump is as likely as not to stalk off the VVIP reviewing platform  just as the little girls begin performing their set piece dances, etc — he has little patience for cultural things. He will reduce Modi, scampering after him, to a public joke televised to all the world to chortle over.

The fact is Trump takes special joy in mangling the agreed upon protocol and to embarrass his hosts. Ask the German chancellor Angela Merkel at the recent G-7 Meet, the French President Emmanuel Macron with his white-knuckled handshake with Trump, or better still a fellow Commonwealth leader, the British PM Theresa May who this past week discovered Trump’s disruptive attitude to every thing. To her chagrin and that of her government, the bumptious New York realty magnate thought literally nothing about bumping the British monarch, the 92-year old, Elizabeth-II, off her stride, walking ahead of her as they reviewed the House Guard troops in their bearskin hats.  It was comical to see the poor doddering old queen trying to squeeze in ahead of Trump, and still later at the state dinner, kept waiting, fidgeting, looking lost and upset, for a goodly amount of time — in real time 12 minutes, in protocol time, an age —  as she awaited the US President. But that was not all. On the eve of his departure for London, in an interview to a tabloid — which by the way is the max level of seriousness he can muster at his best, Trump blasted May for seeking a soft Brexit  that retains some economic and other linkages with the European Union, and stoked the embers of Conservative Party revolt against May, and the next day when he met with the British PM at Checquers — the British PM’s country residence, walked back his criticism and suggested that nothing was amiss in the bilateral relations — as if all the ruckus he had created hadn’t happened. He had planned to meet with arch Brexiteers — Nigel Farage and May’s cabinet colleague Jacob Rees-Mogg with a view to giving May the shove over the edge but Whitehall put its foot down, said he couldn’t meet with them on this official visit.

Trump has made no bones about the fact that he loves dealing with “strongman” leaders, such as the Russian and North Korean Presidents Vladimir Putin and Kim Jong-un, whom he respected, he has said, because they had played their cards strongly,  calling them not rivals or adversaries but “competitors”. (See the report in the Guardian,  https://www.theguardian.com/us-news/2018/jul/15/donald-trump-defends-vladimir-putin-funny-kim-jong-un-russia-north-korea. Putin and Kim are leaders Trump likes because they deal with him as an equal, each of them capable and quite ready to do Trump and the US harm if they are pushed to do so.

Modi is not in this category of strongmen that Trump likes, because the hugs and the bonhomie when they meet  apart, the Indian PM greets Trump with the perennial begging bowl — pleading for something or the other — concessions on H1B visas, lately waivers from CAATSA sanctions on Russian arms and Iranian oil, trade concessions, etc. A supplicant can be coerced and manipulated, his country’s interests can be disregarded. Hence Modi and India do not command Trump’s respect or his regard and attention. The Indian leader can thus be trifled with. Had Modi from the beginning assumed the attitude of he and India wanting nothing from Trump and the US, but making it plain his government would wield access to the second largest market in the world as leverage, and that India would be the international system balancer as between US and China, China and Russia, and Russia and the US, and no nonsense about it, he’d have telegraphed the right message to the White House.

I had written in July 2016 — some 4 months before Trump’s election in November that year, that Trump would be “good for India” because he will treat it as a 2nd-rate country, leaving Delhi  “with no alternative than to fend for itself and safeguard its extended interests. It will be a signal departure in that India will, per force, have to discard the habit of leaning on foreign countries for anything, ruthlessly pare the government and the public sector, task the private sector with the bulk of economic effort, including achieving self-sufficiency in armaments, and, with regard to foreign and military policies, insert steel in them, make them disruptive, reorient Indian diplomacy towards realpolitik, and enable India to emerge as an independent power that friends and foes alike fear and respect as much for its clout as its unpredictability.” [See  http://www.openthemagazine.com/article/politics/why-donald-trump-is-good-for-india and re-published in this blog of July 29. 2016] Such was not the sort of thinking that informed Modi’s government or the Indian media, for that matter, whence the hole India is in vis a vis the US.

What’s the best way to deal with Trump? At the underway Helsinki summit, Putin means “to take advantage” of Trump being “a moron…, a novice to be played” [See the story in the UK paper The Independent, July  15, https://www.independent.co.uk/news/world/europe/trump-putin-summit-latest-helsinki-a8447671.html ]

Trouble is Modi can’t play Trump for a moron because the Indian PM lacks Putin’s strategic vision, and nerve, verve and the skill-set to play hardball with any country other than the piddling Pakistan. So should Modi indeed decide to invite Trump — it will be Trump’s show — not Modi’s, at India’s Republic Day 2019, and the Indian PM will stand belittled, gutting what hope he now nurses of continuing to reside at 7, Race Course Road for another 5 years.

So, if there is any residual sense left in the Indian government then DON’T INVITE TRUMP to anything. Get India’s game up and going, introduce steel in the country’s foreign and military policies, don’t snivel before China,  seek no considerations from the US on any issue, and ditch the “foundational accords”.  The H1B visa types and the Indian IT industry will take care of themselves. If they fail to take this advice Modi and his crew will have to look back ruefully at this post for the warning that went unheeded.

18 Responses to Reasons for not inviting Trump to India