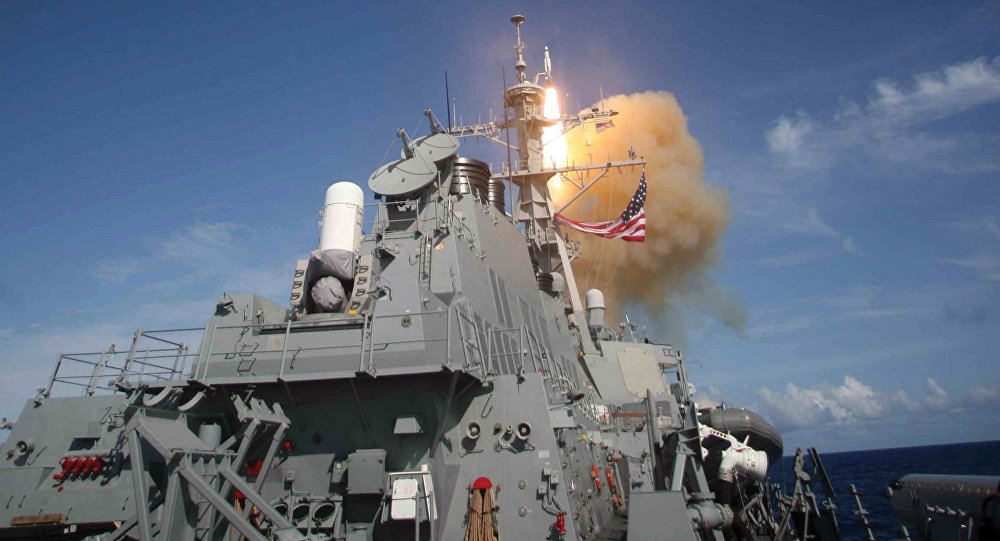 (Aegis CS firing a missile from a US warship)

Just been told (by a source) that North Korea has hacked into and made vulnerable the “open architecture” of the Aegis combat system (Baseline 7, Phase 1) equipping the three ‘Sejong the Great’-class destroyers of the South Korean Navy. A more advanced Aegis system is on board the 4 Kongo class destroyers of the Japanese Navy. All the Arleigh Burke class frigates and the Ticonderoga-class cruisers of the US Navy are armed with  the most advanced variant of the Aegis CS with  “new multi-mission signal processors, kill assessment systems, radio frequency upgrades”. The problem for the Japanese and US Navies is that with Pyongyang becoming familiar with the basic Aegis CS planform, all the ships with it have now to wonder how the North Koreans will utilize it to do what.

Obviously, the danger is greatest to the interception/interdiction capabilities of the Aegis interweaved with the US THAAD ABM units emplaced near the DMZ in South Korea. This to say that the hit rate is now considerably enhanced of all North Korean missiles — short-range, medium and longrange. According to an Israeli intel estimate the hwasong ICBM, powered by an Ukrainian rocket engine, fired on a flat trajectory can reach almost any targets in CONUS – continental United States.

This, of course, is apparently known to the US President Trump but hasn’t stopped him mouthing off on how he’d destroy all of North Korea if Kim decides on letting off a Hwasong. But Kim is not so foolish. He means to defang the American threats by holding Japan and South Korea hostage. Except, two things — the nuclear destruction of NoKo Trump promises will, radioactivity-wise, take out South Korea as well. And, in such a scenario, with very little left to lose, won’t it incentivize Pyonyang to  shoot repeated salvos of every nuclear-tipped missile it has in its inventory to variously nuclear strike Japanese islands and US island presences — Guam, Midway, Hawaii besides selected CONUS cities?

So, we are back to contemplating that fable of the big bad wolf threatening to blow the houses down of the little piggies. He has blown away the houses of two of them — Saddam Hussein’s in Iraq and Col. Muamar Gaddafi’s in Libya, the second house remain intact with the Ayatollah-led Iran but only until Trump upends the nuclear deal the Obama Admin signed with it, a situation Tehran may be preparing for in order quickly to show its nuclear colours with an explosive test, that will secure it its future, something Saddam and Gaddafi did not do. Only Kim Jong-un learned the right lesson and with China’s help in the main quickly installed itself as a N-weapons state that was not willing to take any guff from the Americans, nor fall for the trap of a negotiated settlement short of a full panoply of nuclear and Hydrogen bombs and weapon state status for itself.

So Trump can huff and puff all he wants but won’t change the extant basic reality — a nuclearized NoKo. And because Trump will not, CANNOT, act against Kim — US extended deterrence only works when the targeted country is only conventionally armed and doesn’t hold CONUS at risk, US’s security umbrella will soon be shredded. Thus,  prepare for Tokyo and Seoul taking their fates into their own hands, rather than trusting in the whimsies of a Trump and his successors in Washington — and acquiring nuclear weapons. As fast as their own inhibitions allow them to.

All this nuclear dominoe stuff was, incidentally, foretold in chapter 1 of my 2008 book — ‘India’s Nuclear Policy’!!

And, more on NoKo cyber capabilities  [which’s reported by Reuters, https://www.reuters.com/article/us-northkorea-missiles-cybercrime/north-korea-hacked-daewoo-shipbuilding-took-warship-blueprints-south-korea-lawmaker-idUSKBN1D00EX — Kim and his cohort have hacked into and stolen the designs of the HDW 209 as also the more advanced HDW 214 that the South Korean industrial giant Daewoo is manufacturing under license from the German major, ThyssenKrupp. My, my, this means Pyongyang has SoKo by its military balls — nuclear-wise, above water, and underwater. And, given the ease with which NoKo is now hacking SoKo defence-industrial networks, almost anything the US and the West will sell them by way of military hardware and advanced capability, is immediately rendered — what’s the word — infructuous?

55 Responses to Ballsy Kim & his doings