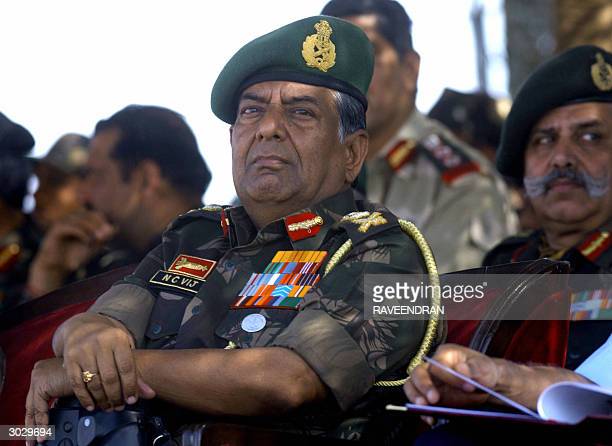 It has been about a week since the report of the investigation ordered by former defence minister Manohar Parrikar and conducted by a panel including a serving Lieutenant General, Ravi Thodge, into the Adarsh housing scam, became public. As expected it damned in particular General NC Vij who as army chief and previously as GOC-in-C, Southern Command, had provided,  as this report says, the “protective umbrella” for efforts facilitating the “alienation of the land in question“, a very desirable piece of real estate in Colaba, Mumbai, in the face of Navy’s “serious security concerns”. The 31-storey apartment building overlooks naval installations. (Originally, the Adarsh cooperative housing society was set up to house the widows of the heroes of the Kargil border war.) But the Government has not reacted so far.

My concern is not with the bunch of politicians –four former Maharashtra Chief Ministers — Ashok Chavan, Vilasrao Deshmukh, Sushil Kumar Shinde and Shivajirao Patil and two former Maharashtra Urban Development Ministers, Rajesh Tope and Sunil Tatkare, and 12 bureaucrats, who too acquired some of the 124-odd flats that were up for grabs — politicians and babus are a soiled and useless lot any way, very few among them with even a shred of integrity, but the military officers involved in this fairly brazen attempt at illegal self-enrichment.

So far there’s not a squeak out of the Modi government about how it means to deal with these military miscreants. There’s a view that because most of these officers are now retired nothing much can be done punitively against them. On the face of it that’s not quite correct. The Government of India has every latitude to make glaring examples  of these officers who were sworn to uphold the highest standards of propriety but didn’t.

Trivially, it is surprising, for example, that Vij has stayed on as head of the Vivekananda International Foundation, the thinktank NSA Ajit Doval presided over. He should be fired forthwith by the trustees of this institution, in case he refuses to resign.

So, what should exemplary punishment be?  Because they cannot be divested of the last last rank they held, this entire group of scambags should have their retirement benefits reduced by two ranks retroactively from the time they individually entered unlawfully upon the Adarsh deal. In other words, the pensions and all pecuniary and other benefits, etc, of Messrs Kapoor and Singh should be pegged downward to what’s normally owed a retiring Major General/Rear Admiral. For Vij, however, that should mean from the time he was a three star general and offering the protective “umbrella” to the deal drivers, which will require the pegging of his pension and benefits to that of 1-star Brigadier rank. Similar demotion should see Adarsh scam stained  Lieutenant Generals also getting pensions, etc., slotted at Brigadier rank, Major Generals at Colonel-rank, Brigadiers at Major rank, and the lone Colonel involved at army Captain rank.

Moreover, GOI should issue instructions that hereafter these scamsters are to be denied use of any military-run facility, including clubs, etc., as a means of formally stamping them as service outcasts.

This treatment should become the new normal to deal with military officers caught in the web of corruption of their own making when in service.

It is reasonable action for the Modi government to take considering it has made the elimination of corruption a central plank in its governance agenda. The armed services should, in theory, welcome such initiative to pillory senior officers for bringing their respective services into disrepute.   The question is can Prime Minister Modi muster the iron will to ram this measure down the military system and set a precedent for severely punishing military men who fail to maintain a high level of probity during their careers?

Corruption is spreading in the military, and if this trend is not arrested, and the wrongdoers not legally brought to book and saddled with the additional stigma of demoted pension and other benefits, and the bestowal of service outcast status, there’s no knowing how bad the situation can become.

Senior Fellow in National Security Studies at the Centre for Policy Research, New Delhi, he was Member of the (1st) National Security Advisory Board and the Nuclear Doctrine-drafting Group, and author, among other books of, 'Nuclear Weapons and Indian Security: The Realist Foundations of Strategy', 'India's Nuclear Policy' and most recently, 'Why India is Not a Great Power (Yet)'. Educated at the University of California (undergrad and grad), he was Visiting Scholar at Princeton University, University of Pennsylvania, the Shanghai Institutes of International Studies, and Henry L. Stimson Center, Washington, DC.
View all posts by Bharat Karnad →
This entry was posted in corruption, Decision-making, domestic politics, Indian Air Force, Indian Army, Indian Navy, Indian Politics, Internal Security, society, South Asia. Bookmark the permalink.

28 Responses to Making examples of the Adarsh military scamsters?