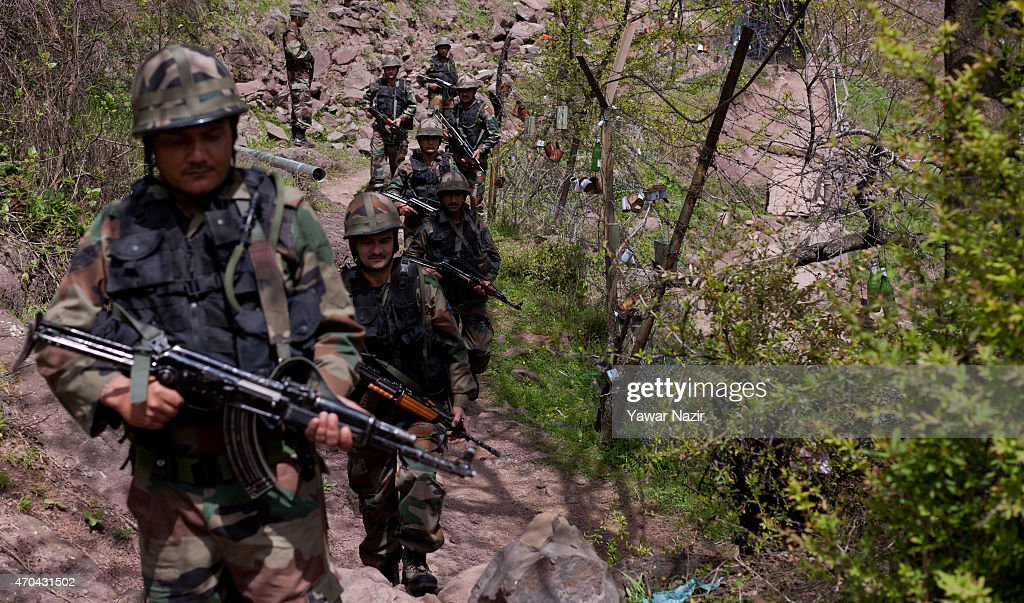 It is incomprehensible that the Pakistan Army, that branched off from the parent Indian Army at Partition, which in its pre-1947 avatar was celebrated for its sense of “Honour”, has taken to doing what it has done by way of killing Indian soldiers and then mutilating their bodies . Of course, honour was a conveniently imperial notion the British cleverly used to control the native sepoys by reinforcing their traditional fidelity to personal izzat. It helped the colonial overlords ensure that a mercenary force retained its loyalty to the British crown to the very last and kept the subcontinent in chains. So ‘honour’ is not a concept that can be lightly dismissed as irrelevant, even as legacy — even if this legacy led shamefully to a few thousand Britons at the height of the Raj cowing down a half-billion Indians with a native army. (Just how this was managed  in Philip Mason’s 1974 paean “A Matter of Honour: An Account of the Indian Army, its Officers and Men”).

It is hard to believe that, unlike the Indian Army which has retained that standard, the Pakistan Army has, in a matter of a few decades, been reduced to a horde of punch-drunk medieval barbarians. It is one thing for Pakistani soldiers to engage in cross-LOC operations or in Special Forces actions in Indian Kashmir, quite another, however, for them to disembowel, behead, gouge out eyes, and otherwise carve up the bodies of Indian counterparts they have killed on the ceasefire line.

There have been too many such atrocities in the last few years (three so far, including the latest one) — succeeding similar acts of savagery displayed by the Pakistanis in the 1999 Kargil border war (while the Indian army, in contrast, returned the properly-draped  bodies of Northern Light Infantry-men killed in Indian offensive actions, with respect), for these to be passed off as stray acts of needless brutality.  If this leads to the obvious conclusion that such atrocities are actually sanctioned and authorized by GHQ, Rawalpindi, as a legitimate ‘ruse de guerre’, then that puts a different spin on these developments and needs to be responded to in kind.

Just may be, the Indian Army is behind the times and needs to be less “propah” and more wild and atavistic. Here I am reminded of veterans of the 1965 War recalling the fact that the capture of large numbers of Pakistan Patton tanks at Assal Uttar and elsewhere owed not little to the Pakistani tankman’s fear of being burned alive with direct Indian shots. Many Indian officers witnessed Pakistani cavalrymen jumping out of tanks and running for their lives, rather than staying in their armoured vehicles, fighting to the last shell (a ‘la Lt Arun Khetrapal, PVC, 17 Horse) and get roasted.

With superstitious Pakistani peasant soldiery convinced that they have to avoid getting burnt alive at all cost, lest they miss out on the good afterlife offered by shahadat in battle, in mind, shouldn’t a series of sustained retributive actiona across the LoC be planned involving uniform and extensive use of flame throwers? Because quite literally  fire is what terrorizes the Pakistani soldiers out of their fighting wits, it is time to deploy it against them. A spate of sustained actions by regular front line units and Para-commando units held as Northern Army reserve wielding bazookas, will have more than a mass deterrent effect on the Pakistani army on the LoC, it may psychologically cripple the Pakistani jawans on the Kashmir front and, once the word spreads, the Pakistan Army.

Unfortunately, such fiery retribution seems unlikely. Because the only retaliatory measure the Indian Army could immediately think up was to lose off a barrage of small arms and mortar fire — the expected response the Pakistanis are  always prepared to absorb. The Indian Army may as well do nothing for all the impact it will have. It is all very well for the part-time defence minister Arun Jaitley to promise that the mutilation of the bodies of the Sikh regiment JCO and a BSF trooper will be avenged.  Quite another thing for Delhi to do the right thing and make it clear to Gen Qamar Bajwa and his cohort that India means business by executing some seriously disruptive actions.

The need is for a sustained programme extended over months, possibly a year or two, to terrorize the fighting man in the Pak Army with the prospect of an end he mortally dreads — death by burning. The prelude to such a programme should be the raining down of leaflets in Urdu threatening just such retributive justice for the excesses committed against Indian soldiers. It will unhinge the forward-placed Paki units, soften them up for the kill, so to say. by keeping them on tenterhooks.

But can the Modi-Doval duo that talks big — with only a single so-called “surgical strike” to boast of so far — act meaningfully for a change in the military arena? I doubt it, what with the Indian PM’s Washington trip slated for sometime in June and hence his felt need to not get Trump all riled up by getting their “partner in crimes” in Afghanistan — the Pakistan Army, loved by the US Defence Secretary General James Mattis and Trump’s NSA Lt Gen HR McMaster, on the hop.

8 Responses to One-off action or sustained punishment by FIRE?